skip to main | skip to sidebar

After reading news about SOPA, attempts to restrict anonymous public network communication and traffic surveillance I got interested in TOR-network.
During the last weekend I tried it out by installing Tor and Vidalia. Reading Tor news, blogs and YouTube videos about the survailance and censoring issues was 'eye-opening' :)

I turned bridge-relay feature on to allow Tor-community to use my server as a hub for a while. I was curious about the traffic bandwidth and speed when using this anonymous browsing. The results was very interesting.

First I got several web services working which were not available for me. E.g Pandora radio started easily. It was available in Finland few years ago but was closed from people outside USA. Of course I don't need it any more. There are so many other radio sites like Spotify and Live365 which I'm paying to be a VIP-member. By using proxies, like Tor network is, restricted web-services can be opened from anywhere.

Claiming Tor users as pirate music and movies downloaders seems to be wrong. First, Tor-network is much slower than regular downloading. Tor network hides your identity and encrypts the content. No need for Tor for usual downloading: by configuring a proxy information to Torrent client application does the anonymous torrent download much better.

Furthermore, running the bridge over the weekend, all traffic game from places like Syria, Iran, Ethiopia, China and Netherlands. I bet those users are _NOT_ downloading illegal copyrighted material but rather trying to send short messages outside censored countries. Total relayed data was less than 100 MB's. It is hard to imagine people downloading MP3-music from anonymous net when there is shooting on the streets. Their only option is to get over the censoring and try to send FaceBook status updates and Tweet outsiders what is really going on. Thinking this scenario, maybe we all should support anonymous communication by running Tor-bridges. 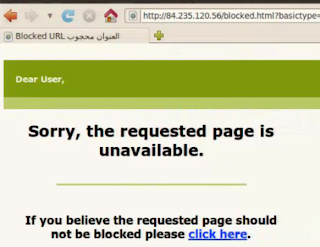